You Too Can Build Team Leaders On Your Minor Sports Team 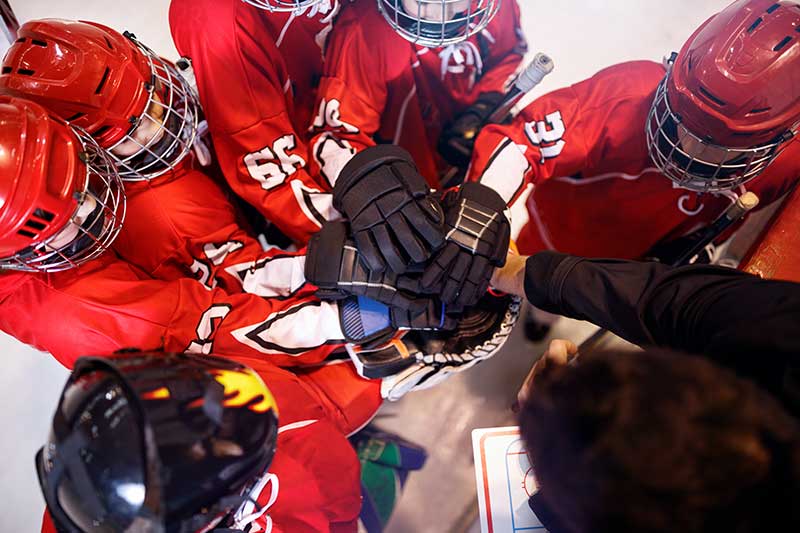 You too, can build team leaders on your minor sports team.

As the evening air shifts, we’re getting a break from the humid nights we’ve become so accustomed to. The bedroom window lies open and the fresh, crisp air filters through. Thoughts drift to the end of the summer sport season and the beginning of winter.

As you reflect on your work as a coach, you wonder if you’ve reached every player. Did their skills improve? Do they believe in their own abilities?

Will they become team leaders? Will that translate from the team to real life?

Meanwhile, one of those players has long forgotten summer ball, their heads now filled with the thoughts of going back to school, and their hearts filled with the excitement of the approaching hockey season.

It’s not long before the blades are sharp, the laces tied, players are selected, and a team is formed. New players and returning players come together to figure out the dance of the game – how do they jive, how do they work together, do they feel they belong?

Sometimes, peer entry problems exist in the dressing room and a new challenge beyond skill and game play emerges. How do you as a coach manage the level of respect among the players on the team that you’ve worked hard to build?

The synergy of your team may be just as important as its skill level. A team of players who know and accept each other’s strengths and weaknesses can work hard together to the best of their abilities, and then reflect together afterwards.

The players on your team are influenced: by social media, by family culture, by the coaching and training staff, by the referees and by the fans. And as leagues and minor sports associations continue to promote respect in sport, we can expect that the same respect be extended to everyone associated with the team.

One way to improve relationships on your team is to have your players get to know each other early in the year. Go on a team-bonding mission together. Then start a social media group. Keep it between your players and the coaching and training staff. Encourage positive communication only and invite players to mention the strengths of others on the team.

Reward those who applaud others.

Recognize when someone encourages another player.

Get excited by the team member who enlivens the team.

Encourage your players to influence each other.

They already have a common interest, and when they begin to celebrate each other regularly, then… they’ll have synergy. And before too long, just watch your team leaders emerge.

But don’t stop there.

Keep your team together when travelling to tournaments. They’ll continue to jive and have fun together. Badder Bus specializes in group transportation. And your team’s journey means just as much to us as it does to you.

Life’s a Journey. Get on Board.